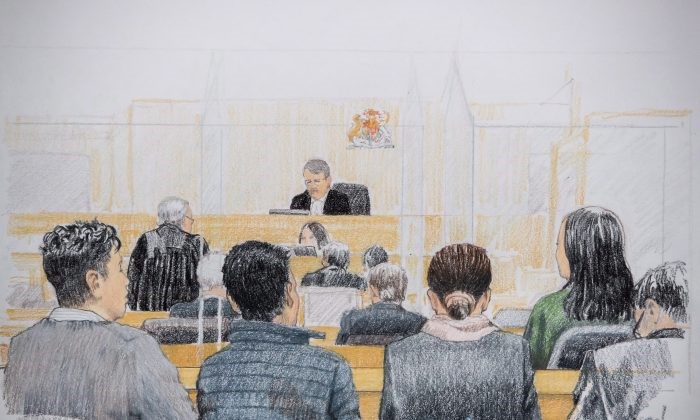 In this courtroom sketch, Meng Wanzhou, back right, the CFO of Huawei Technologies, listens during a bail hearing at B.C. Supreme Court in Vancouver, on Tuesday Dec. 11, 2018. Her husband Liu Xiaozong is seen seated at front left. (The Canadian Press/Jane Wolsak)

To rescue its ‘asset,’ Beijing would have to find an acceptable token of exchange

Recently, numerous Chinese spies have been apprehended abroad and prosecuted for their roles in intellectual property theft and other illicit behavior, but only the arrest of Meng has elicited protest from the Chinese Foreign Ministry.

Considering that China has lost quite a few prominent agents lately, the protests of the Chinese Foreign Ministry remind me of the “spy bridge” via which the West and the Soviet countries used to exchange spies during the Cold War.

Meng is not, of course, a spy, but like secret agents, she represents important Chinese strategic interests.

Fans of spy films know that intelligence departments refer to spies as “assets” due to their utility to the country. Spy exchanges between governments have long been an important means of ensuring the personal safety of agents as well as maintaining their morale. 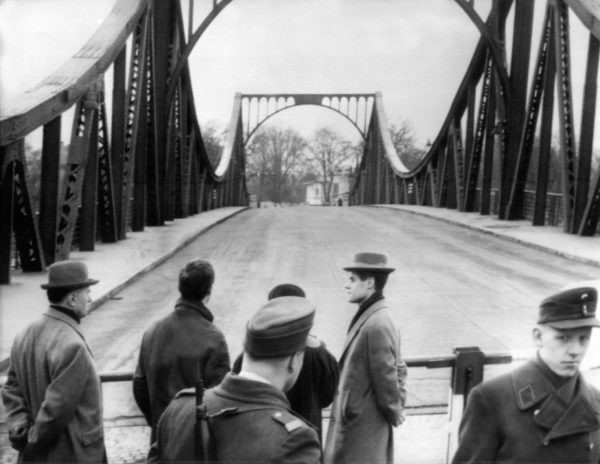 Periodic exchanges of spies between the United States and the Soviet Union occurred during the Cold War. The Havel River and the Glienicke Bridge connecting Berlin and Potsdam was a famous site for such exchanges, earning it the nickname “Spy Bridge.” When I went to Germany in 2004, I made a visit to this place. By then, the bridge was completely silent; the river banks were desolate without a soul in sight. If I hadn’t known that three major exchanges had taken place on this bridge, I would have definitely thought it to be an ordinary piece of civilian infrastructure.

Most Chinese are familiar with the concept of “People’s War.” This strategy was invented by Mao Zedong and the Chinese Communist Party (CCP) on its path to power in China. Its essence was to mobilize the masses in support of the communist military forces, and the results were very successful. After the Party took power, this approach has continued, including the use of the People’s War in espionage against the United States.

If you are a Chinese person studying abroad or visiting the United States, if you have value in the eyes of authorities, you will be interviewed and asked, for the ostensible purpose of patriotism, to collect information to report to “the organization” [i.e. the CCP.] This has long been an “elephant in the room” in Sino–U.S. relations, of which Chinese people are well aware, as are U.S. authorities, but is categorically denied by Chinese officials.

The United States has been aware of economic espionage by China since at least 1996, when the U.S. government passed the Economic Espionage Act (EEA), which for the first time defined the theft of intangible assets such as trade secrets or intellectual property as a criminal offense.

After the EEA was passed, Congressman Christopher Cox (R-Calif.) led the drafting of a confidential report called the “Cox Report,” which passed on June 18, 1998, by a vote of 409 to 10. The report called for the establishment of a special committee tasked with investigating whether technology or other information had been transferred to China, as this technology would likely be used to strengthen its nuclear weapons arsenal, develop intercontinental ballistic missiles, as well as research and development for other weapons of mass destruction.

The report noted that China began a large number of espionage activities in the United States in the 1980s and 90s. China does not necessarily collect intelligence through professional spies, but rather through visiting scholars, academic exchange programs, and overseas Chinese and journalists working in U.S. science and technology or classified departments. At the time, China and the United States had just resumed normal relations following a period of economic sanctions due to the Tiananmen Massacre.

In the next 20 years, having gone through the administrations of Bill Clinton, George W. Bush and Barack Obama, Sino-U.S. relations went from “important economic partners” and “strategic partners” and “important strategic partners”. The number of Chinese spies who were caught were also very few in relation to the scale of the activities they there were engaged in. According to Fedcase, a public database that has documented all publicized EEA cases dating back to 1996: As of the end of 2017, at least 55 of 180 total cases of economic espionage and intellectual property theft opened since 1997 involve Chinese citizens or Chinese Americans. Among the cases that have been finished, defendants were found guilty 88 percent of the time.

Can Meng be Rescued?

The CCP has never admitted that it has engaged in this sort of espionage. As for spies who get caught, the CCP will definitely not try to bring them back; that is, the CCP does not protect its spies. Once caught, they are left to their fates.

However, after Meng was arrested by the Canadian authorities, the Chinese regime made high-profile requests for her release. 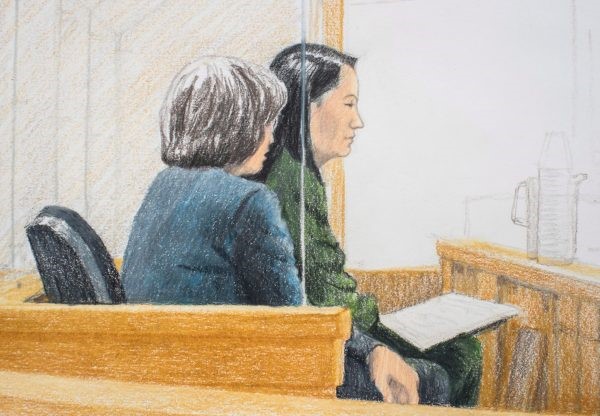 this courtroom sketch, Meng Wanzhou, back right, the chief financial officer of Huawei Technologies, sits beside a translator during a bail hearing at B.C. Supreme Court in Vancouver, on Dec. 7, 2018. (The Canadian Press/Jane Wolsak)

But whether or not Meng can be saved is not dependent on these so-called protests and high-profile demands. Even for a powerful country like the United States, there is only one way to rescue spies: through exchanges using captured spies from the other country. If China wants to retrieve Meng, the main issue is not that a “spy bridge” hasn’t opened up between the United States and China. The real question is how many bargaining chips China has in its possession.

As the name suggests, exchange means to exchange spies. If China wants to arrest somebody for use as a bargaining chip, such as the chief representative of a some U.S. multinational company stationed China, not only will they be unable to get their own spies back, but it will lead to increased friction between China and the United States.

However, the Chinese regime does not have any captured spies that can be used for exchange with the United States for its own personnel, including Meng.

According to a New York Times report on May 22, 2017, from the beginning of 2010 to the end of 2012, the Chinese government systematically demolished the CIA spy network in China. In two years they killed or imprisoned a dozen or so spies, paralyzing American intelligence-gathering operations in China for many years after.

Many of these spies were Chinese people working within the Chinese government, or even in classified sectors. In the eyes of the Chinese regime, these were traitors who betrayed national interests. They were thus killed in a fit of rage; it was not thought to reserve them for future use.

China’s use of the “People’s War” in the spy war has been effective for many years. Although it is said they will do everything in their power to rescue her, whether Meng can really cross the Sino–U.S. spy bridge is not something that even Beijing can hope to guarantee at present.

He Qinglian is a prominent Chinese author and economist. Currently based in the United States, she authored “China’s Pitfalls,” which concerns corruption in China’s economic reform of the 1990s, and “The Fog of Censorship: Media Control in China,” which addresses the manipulation and restriction of the press. She regularly writes on contemporary Chinese social and economic issues.

This article has been edited for brevity.

Views expressed in this article are the opinions of the author and do not necessarily reflect the views of The Epoch Times. 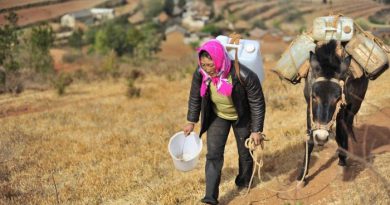 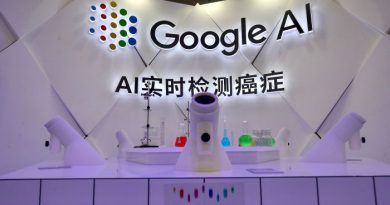 Top US General to Meet With Google on China Security Worries

25.03.2019 start Comments Off on Top US General to Meet With Google on China Security Worries