While India maintains a policy of not interfering in China’s internal affairs, China does not refrain from raising the Kashmir issue in the UN Security Council on the instigation of Pakistan. While China is supporting the propaganda being spread by Pakistan, it is persecuting religious minorities in its own country.

Tibetan Buddhists, Uighur Muslims, House Christians and practitioners of the Falun Gong spiritual practice have been subjected to brutal oppression for many years in China. They are arrested, imprisoned, tortured and often killed. Billions of dollars of illegal organ transplant trade is being carried out in China, in which prisoners of these afflicted classes are even killed.

We are writing this article to expose the atrocities being committed by the Chinese Communist Party against these religious minorities and want to tell you why this information is relevant to us.

China’s western province of Xinjiang has a long history of conflict between the Chinese administration and the local Uighur Muslim community. Culturally and racially they consider themselves close to Central Asian countries.

Ever since the region was incorporated into Communist China in 1949, Beijing’s goal has been to integrate Xinjiang politically, economically and culturally, and to establish the Han community on a large scale. Uighur became a minority there as a result.

During the last decade, most prominent Uighur leaders continued to be imprisoned or sought refuge in foreign countries after being accused of extremism. Beijing was also accused that in order to justify its repression in this region, it exaggerated the threat of Uighur separatists.

According to the United Nations, about one million Uighur Muslims have been kept in re-education camps where they are oppressed. According to Rebiya Kadeer, president of the World Uighur Congress, Urumqi, the capital of Xinjiang province, has been made a “torture camp”.

The Geneva-based Racial Discrimination Eradication Committee of the United Nations is also concerned with the detention of the Uighur. It has also demanded for their release immediately. 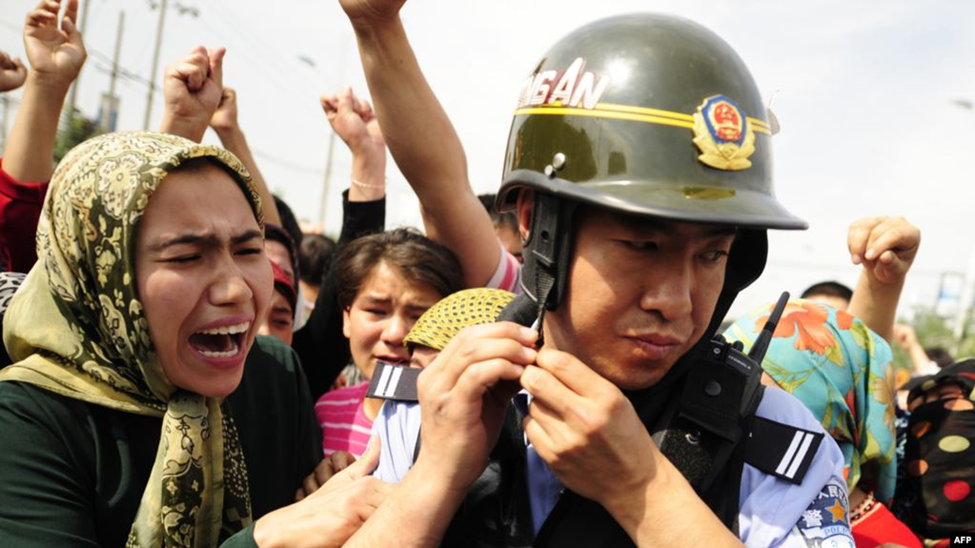 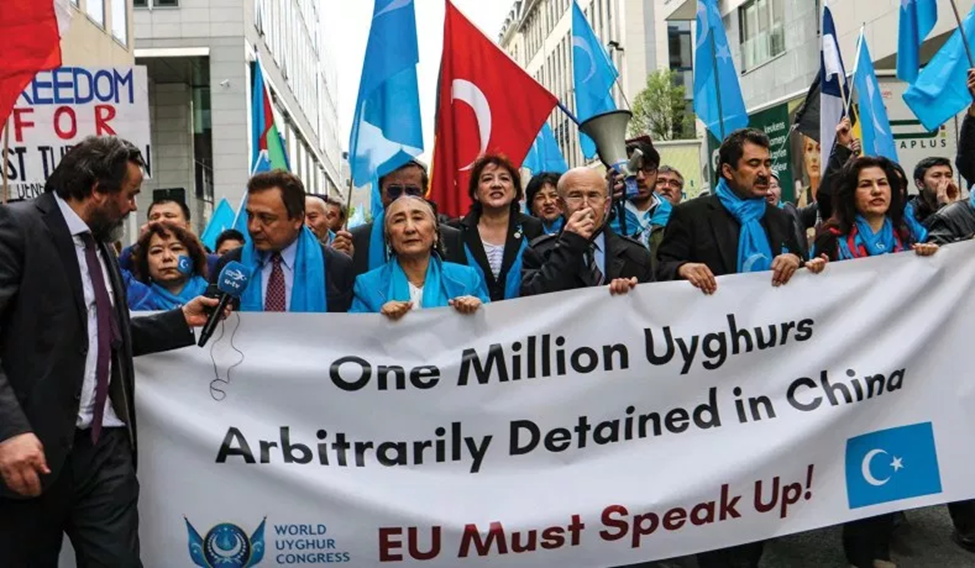 Falun Gong (also called Falun Dafa) is an ancient spiritual practice based on Buddha and Tao schools. This is a complete system of mind and body which consists of five gentle and effective exercises, but stress is given on cultivation of moral character. Falun Gong was started in 1992 by Mr. Li Hongzhi in China. Today it is being practiced in more than 114 countries around the world.

Due to its health benefits and spiritual teachings, Falun Gong became so popular in China that by 1999, 7 to 10 Crore people started practicing it. The membership of the Chinese Communist Party was 6 Crore at that time. The then Chinese premier Jiang Zemin considered Falun Gong a threat to his sovereignty and despite its peaceful nature, banned it on July 20, 1999.

For the last 20 years, Falun Gong practitioners are facing torture, murder, brainwash, imprisonment, rape, forced labour, propaganda, condemnation, looting, and economic deprivation in China. The scope of torture is huge and the number of cases registered by human rights organizations is in tens of thousands.

There were many uprisings for independence in Tibet during 1956–1958. 1959 was a year of great struggle in Tibet’s independence history. China adopted all tactics to suppress the freedom movement. Thousands of Tibetans were captured and kept in Chinese jails. About 60,000 Tibetans lost their lives. The Tibetan religious leader Dalai Lama had to escape overnight and sought refuge in India.

This bloody repression cycle of Chinese has been going on continuously in Tibet since 1959-2019. China condemns the Dalai Lama and his supporters as separatists. China is accused of religious suppression in Tibet and tampering with their culture. Tibet still has no freedom of speech, religion or press, and China’s persecution continues. 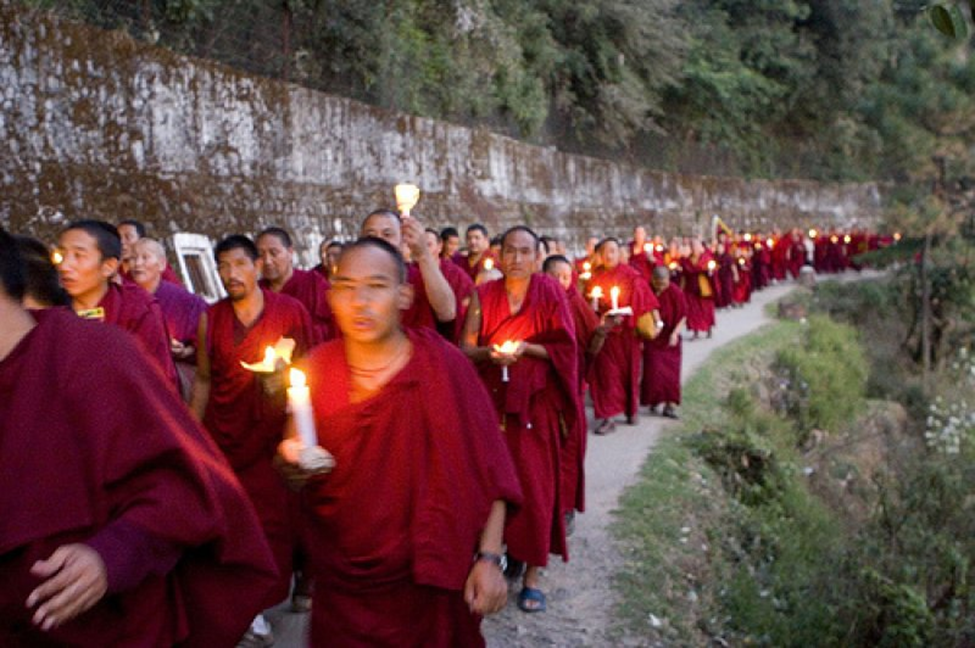 The number of Christians in China has increased rapidly in recent years. It is estimated that 100 million Christians live in China, but most of them worship in underground churches. China’s government pressures Christians to join one of the state-sanctioned churches, which concur with the Communist Party’s ideology.

The Communist Party is constantly taking action to control these house churches. Hundreds of churches were demolished due to this reason. Bibles were burnt. Orders have been issued to place photographs of President Xi Jinping in homes instead of Holy Cross and Jesus. The Chinese government has also banned online sale of the Bible.

It has been revealed by independent investigations that the Chinese government, in collusion with government hospitals, is involved in the crime of illegal human organ trafficking. Thousands of Falun Gong practitioners have been killed in this inhuman act.

Why is it relevant to India?

Relations between India and China have been tense for some time. China has been using Masood Azhar support, Arunachal Pradesh, Doklam, Kashmir etc. to pressure India.

But China itself is standing at the crossroads today. On the one side is the Chinese Communist Party, whose history is full of lies and deceits, cheating and frauds. On the other hand, the voices of democracy and secularism are rising. Even though China today is an important economic power and is a member of the United Nations Security Council, its citizens are not free.

Ideology and policies of the Chinese Communist Party contradict everything that represents an ancient culture and modern democracy like India. China has a lot to learn from India. India should condemn human rights abuses in China. India needs to play a decisive role in ending illegal human organ harvesting in China. This thinking can give India the stance of a world leader. We are eager to see India stand in favour of humanity and stand on the right side of history.

Pray for Gao Zhisheng on Easter

02.12.2016 start Comments Off on Ending Organ Pillaging / Trafficking in China