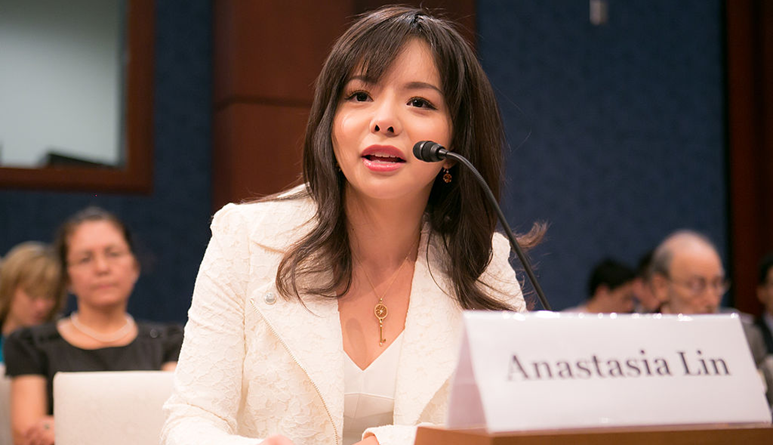 Anastasia Lin was born in China, but moved to Canada when she was 13, and has since become a Canadian citizen. She was chosen twice to represent Canada in the Miss World competition, and had the option to choose the path of glamour and fame over human rights and freedom, but she chose the second. Anastasia has been raising her voice against human rights abuses in China for the last few years and remains a headache for China. 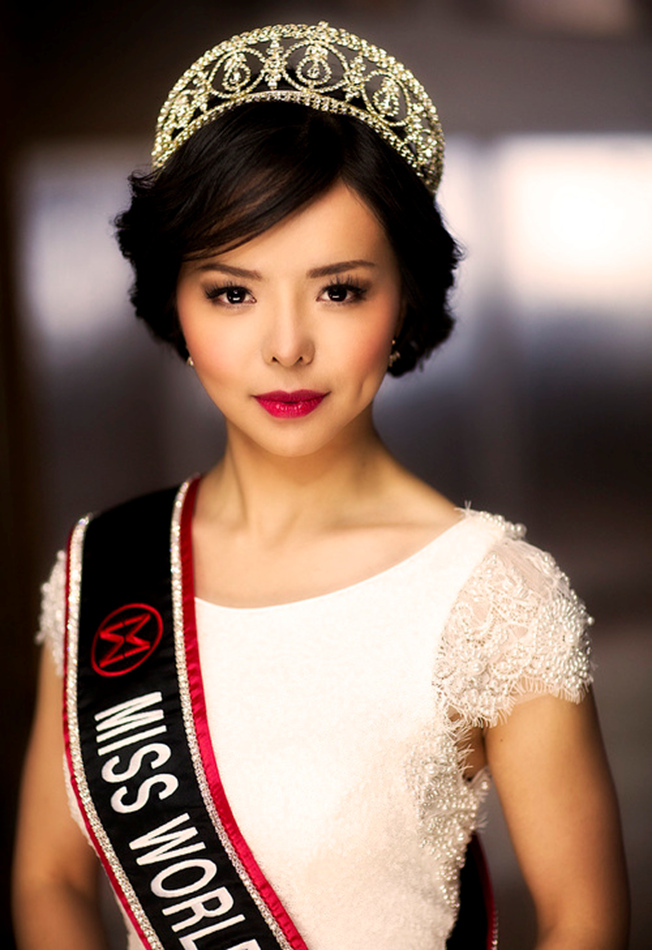 In 2015, the competition took place in China, but Lin was blocked from entering the country by Chinese authorities, according to the New York Times. Lin was again a finalist in the Miss World contest, which in 2016 was in Washington, D.C. She was not allowed to talk to reporters without risking getting kicked out of the pageant. Since Lin was in a movie, The Bleeding Edge, she was blocked from attending the U.S. premiere.

While Anastasia Lin wishes to advocate for human rights and freedom for everyone, it was her study of Falun Gong that first inspired her activism. After China purged the practice, many of the followers were alleged to have been jailed without trials and even tortured.

Falun Gong (also called Falun Dafa) is a spiritual practice based on Buddha and Tao schools that is being persecuted in China, while it is popular in more than 114 countries around the world including India. While Anastasia favors human rights and freedom for everyone, it was the study of Falun Gong, which first inspired her for taking action. This practice has been banned in China, and it is believed that many practitioners were made prisoners without trial and tortured cruelly.

China’s hesitation is due to the fact that Anastasia Lin is a vocal supporter and an adherent of Falun Gong, a meditation-based spiritual practice that amassed tens of millions of followers until 1999 when it was branded a “heretical organization” by the Communist Party. Falun Gong practitioners were subsequently silenced through the Communist Party’s harsh methods.

Why is this happening? Anastasia Lin, 26, is an actress and human rights activist on top of being a pageant queen, and she has been a vocal critic of the Chinese government’s human rights.

Jeff Jacoby, writing in The Boston Globe, declared: “Totalitarian regimes scruple at nothing — not the political manipulation of international beauty contests, not the criminalizing of quiet meditation, not even the blackmail of a father to break his daughter’s spirit. The courage to resist such regimes isn’t easy to come by. Canada’s beauty queen has it in such gallant measure that China fears to let her speak from a Chinese stage. Some other young woman may be crowned Miss World, but it is Anastasia Lin who has been ennobled.”

Apart from her acting and human rights advocacy, Lin went on to become a celebrity in her own right. On January 2016, she was listed as one of the top “25 under 25″ by MTV Fora, a list that included Malala, Selena Gomez, and Kylie Jenner. Flare magazine featured her as a “Top 60 under 30,” in the activist category, and Marie Claire declared her “The Badass Beauty Queen” in an interview about her work, after her appearance at an Oxford University debate.

Lin participated in the Oslo Freedom Forum in May 2016, giving a speech about Falun Gong persecution, illegal organ harvesting in China, and freedom of belief. Jay Nordlinger of National Review wrote that she was “an extraordinary person” and produced a podcast interview with her.

The Chinese government has not left out any trick to stop Anastasia from going to the world media. None of this has truly kept Anastasia Lin silent. She has found other platforms for her advocacy and the spotlight on her only seems to be getting bigger as the attempts at censorship get more aggressive.