In concentration camps throughout China, practitioners of the spiritual discipline Falun Gong have been detained with the approval of the Chinese communist regime since 1999 simply for practicing their belief. During the spring of 2006, much evidence of the most ghastly aspect of the persecution emerged. Falun Gong practitioners have been executed for their organs.

The existence of forced organ harvesting from living Falun Gong practitioners for transplantation has been proven beyond any doubt. From 2002 to 2006, more than 41,500 organ transplants were done in China. However, the Chinese government did not provide any information about the source of these organs. Despite the outspoken protests of citizens, organizations, and governments around the world, criminal organ harvesting for profit in China continues.

On Sept. 17, 2006, Wang Lijun, then police chief of Jinzhou, and his research center were rewarded for research on “organ transplantation after medication injection” by the China Guanghua Foundation. The award included research funding of two million yuan (US$325,000).

A report issued by the World Organization to Investigate the Persecution of Falun Gong (WOIPFG) on December 12, 2009, “Witness to a Killing during Live Organ Harvesting of Falun Gong Practitioner,” provides testimony that confirms Wang’s personal involvement in forced organ harvesting from living Falun Gong practitioners. For this crime against humanity, he was awarded government funding. This is just one of many pieces of evidence of Chinese officials’ criminal involvement in organ harvesting from living persons for profit.

In early March 2006, a Chinese journalist from Shenyang, Liaoning Province, disclosed to Falun Gong practitioners in the United States that there was a secret concentration camp in Sujiatun, Shenyang. Detained Falun Gong practitioners were held there for the purpose of having their organs harvested for sale. Later, independent investigations revealed that there was—and still is—a network of such death camps throughout China, operating under the authority of the communist regime.

Canadian human rights expert David Matas and former Canadian Secretary of State for the Asia-Pacific region David Kilgour conducted a comprehensive investigation into this matter and published the “Report Into Allegations of Organ Harvesting of Falun Gong Practitioners in China,” which was later incorporated into the book Bloody Harvest.

The following is an excerpt from Bloody Harvest:

“In a telephone conversation with a Chinese doctor, one of the investigators presented himself as a patient who was interested in getting a donor organ and, after the doctor admitted that they are obtaining organs from prison, asked:

M: And they were obtained from healthy Falun Gong practitioners?

Lu: Correct. We could choose the good ones because we assure the quality in our operations.

M: Does the person know that his organ will be removed?

In another telephone conversation, the caller wanted to know whether he could get organs of Falun Gong practitioners. The doctor immediately replied, “We use only their organs here.”

The waiting periods for compatible organs in China are incredibly low … only one to three weeks. That is not possible without an unlimited supply of organs. Please note that the usual waiting times for organs in the United States and Canada are one to three years. This confirms the chilling fact that military doctors in China have a living organ bank, which means that they have people who are kept alive until the moment when orders are placed for their particular organs.

For the full report by Kilgour and Matas, please visit: http://organharvestinvestigation.net

Matas has emphasized the special role of drugs in transplant operations: “If you keep the body alive with the help of drugs,” you can harvest organs “for a long period of time.” Western drug companies operating in China may unknowingly be supplying the needed medications for these horrific crimes.

Innocent people are being killed for their organs. Harvesting organs from living Falun Gong practitioners and other prisoners of conscience is a crime against humanity, the likes of which the world has never known.

Falun Gong (also known as Falun Dafa) is an ancient spiritual practice based on the universal principles of Truthfulness, Compassion, and Forbearance. The practice was first introduced to the public by Mr. Li Hongzhi in 1992 in China and has since spread to over 100 countries. It includes self-cultivation to improve one’s moral character and five gentle, meditative exercises that work together to improve health and well-being, enabling people to find peace of mind amid the stresses of modern life.

Falun Gong practitioners are not interested in political power. They are law-abiding citizens who strive, first and foremost, to treat others with tolerance and kindness.

Why did the former head of the Chinese Communist Party, Jiang Zemin, decide to launch a brutal attack on Falun Gong in 1999? Because he was jealous of the extraordinary popularity of Falun Gong. According to a state-run census, 70 to 100 million Chinese citizens were engaged in the practice of Falun Gong at the time the persecution began, which exceeded the membership of the Communist Party.

Jiang Zemin vowed to eradicate the peaceful meditation discipline and established the “610 Office,” which is specifically tasked to persecute Falun Gong practitioners. Jiang’s orders were to “ruin their reputation, bankrupt them financially, and destroy them physically.” All TV channels and publications—controlled by the communist state—were deployed to defame Falun Gong day and night, to brainwash the Chinese, and to incite hatred of Falun Gong.

The slander and violent suppression have continued to this day. Countless Falun Gong practitioners have been arrested, imprisoned, and tortured to death or disability. They have been subjected to slave labor and imprisoned in psychiatric institutions. Many thousands have been killed for their organs.

The impact of this human rights travesty spreads far beyond Chinese borders—it affects everyone.

In the East, people say that good will be rewarded with good and evil will meet with retribution. In the West, many call it reaping what one sows. Jiang Zemin and his cohorts will pay for their crimes. And they have failed to eradicate Falun Gong. On the contrary, tens of millions in at least 114 countries currently partake in the practice.

In recognition of the extraordinary contribution to society in improving people’s health, as well as spiritual and moral culture, Mr. Li Hongzhi has been honored with thousands of proclamations and awards from governments and organizations around the world. Mr. Li has also been nominated for Nobel Peace Prize in 2000 and in 2001, and he was awarded the European Parliament Sakharov Prize for Freedom of Thought.

On the other hand, Jiang Zemin has been sued for crimes against humanity, including genocide and torture, in 17 countries, including the United States, Canada, Australia, Switzerland, Belgium, Spain, Germany, Greece, Hong Kong, and Taiwan—though to this day, he remains unpunished.

In December 2009, after a four-year examination of evidence from numerous Falun Gong practitioners who have escaped from China, Judge Araóz de Lamadrid in Argentina issued an international arrest warrant for Jiang Zemin and Luo Gan, a former member of the Chinese Communist Party’s Central Committee who instigated the persecution along with Jiang. Interpol had issued an arrest warrant called for the culprits’ extradition to Argentina to face justice.

Due to intense pressure from the Chinese regime, the ruling was later reversed. However, on April 17, 2013, the Argentine Supreme Court overturned this reversal and ordered a new trial.

The suffering facing millions of innocent people in China cannot be alleviated by the silent complicity of the international community. The economic relations between various countries and China cannot take precedence over human rights.

If governments and citizens around the globe unite and demand that the Chinese regime immediately cease the terrible repression of innocent people and the horrendous practice of forced organ harvesting from living Falun Gong practitioners, our world will see a ray of hope that will benefit us all. 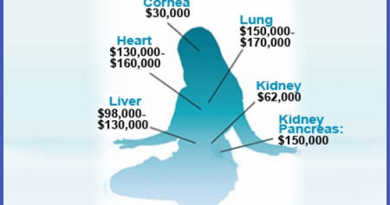