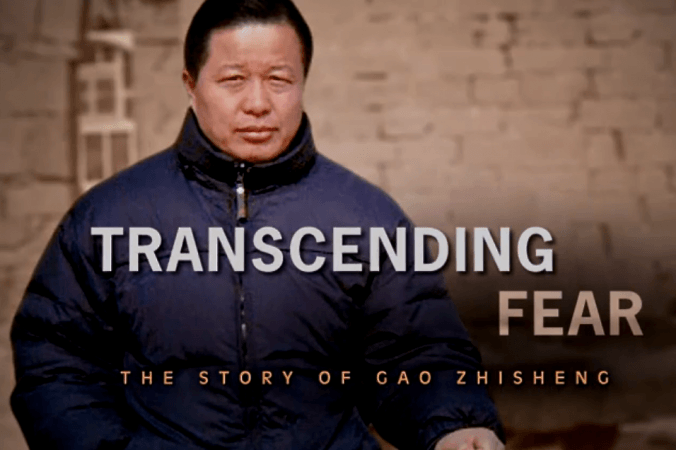 April 20 is Gao Zhisheng’s 50th birthday, which coincides with the celebration of Easter this year. Gao is a Christian in dire straits. He is locked up in a Chinese jail. As a Chinese human rights lawyer, without ever having handled any foreign-related cases, Gao’s renown exceeds that of all other international human rights lawyers. On the shelves of many western politicians is the book “A China More Just,” written by Gao, which is invaluable in formulating China policies.

For years, Gao was a target of constant harassment, kidnappings, and torture by Chinese authorities who tried to silence and punish his outspoken advocacy of vulnerable groups in China. Particularly his letter writing campaign to authorities, demanding an end of the Falun Gong persecution, caught the ire of the Chinese regime.

Currently, Gao is being held at the remote Shaya Prison in Xinjiang Province, and nobody has been able to reach him for over 15 months. People around the world are concerned about Gao, they wonder whether something went terribly wrong, that even his family and friends weren’t allowed to see him on his 50th birthday.

A documentary ”Transcending Fear,” which tells Gao’s story, was invited for a screening at the Press Club at Brussels, which is also where the EU headquarter is located. At the screening, many senior reporters, leaders from non-governmental organizations, and representatives from human rights organizations were all very much moved by what they saw.

“Transcending Fear — the story of Gao Zhisheng — is a story that every one of us in this world should know about,” said Alexandra Clark, an Assistant to Edward McMillan Scott, a Vice-President of the European Parliament.

Mr. McMillan Scott has been following the human rights situation in China for a long time, especially the status of Gao Zhisheng. He has raised awareness of the persecution of Gao at many occasions and venues, demanding that Chinese authority release Gao immediately.

Congressman Smith, chairman of the House Global Human Rights Subcommittee and co-chairman of the U.S. Congressional-Executive Commission on China, made a public statement on the eve of Gao’s birthday: “Gao Zhisheng will pass another year unlawfully imprisoned and separated from his family. The Chinese government continues to fear the freedoms Gao passionately defended—freedom of religion and speech and the rights of the accused to a fair trial—freedoms that are essential building blocks of stable and prosperous societies. Gao Zhisheng, and others like him, should be celebrated by the Chinese government, not tortured, jailed, or exiled.

“It is extremely disappointing that President Xi is presiding over the worst crackdown on dissent in recent memory. Nonetheless, new leaders are emerging to spotlight and carry on Gao’s work, courageous lawyers and rights advocates who fight to advance justice, fairness, freedom and human dignity in China. They willingly face repression, secure in the belief that the Communist Party cannot long hold back the tide of human history or suppress the Chinese people’s innate desire for freedom and human rights. We pledge to continue to work on their behalf—for Gao Zhisheng’s freedom and for a better future in U.S.-China relations.”

Pastor Bob Fu, Founder and President of the ChinaAid Association, said continued international pressure would likely result in Chinese authorities allowing a meeting between Gao and his family. A petition on the FreeGao website has collected more than 200 thousand signatures globally, with people expressing their concern for Gao’s wellbeing.

Because of his belief in the rule of law and his moral ethics, Gao Zhisheng has often been compared to the legendary Chinese figure Bao Zheng, whose honesty and uprightness as a civil servant in the Song Dynasty made him a cultural icon of justice in China.

Gao had often criticized unjust regulations, laws and policies in China and accused Chinese police of acting like the mafia. He once called for a hunger strike in protest of China’s dark social stability maintenance policy. His other well-known public moves include a statement to quit from the Chinese Communist Party, officially becoming a Christian, and praising the Nine Commentaries on the Communist Party, an editorial series published by the Epoch Times.

The persecution of Falun Gong remains a serious and unresolved issue in China. Falun Gong practitioners do not have freedom of religion and do not have basic human rights, while being subjected to a brutal persecution. In the face of this repression, many Chinese and overseas activists, human rights organizations, media, financial groups, and governments have made different degrees of concessions and have avoided openly addressing the issue of Falun Gong. However, Gao Zhisheng was not afraid. Chinese lawyers have called him a warrior for his bravery in standing up for Falun Gong. Many ordinary Chinese citizens have called Gao the backbone or conscience of China.

Gao is a self-taught lawyer. His life is the stuff of legends. He was born in a cave in the village of Shanbei in the northern Shaanxi Province and grew up in abject poverty. Though he never attended high school or college, his open letters to Chinese and foreign governments are profound in their logic and knowledge of the law. In the minds of the many desperate people in need of legal assistance, Gao commanded a status like no other.

A few days ago, Gao’s wife, Geng He, spoke to media, saying: “Your 50th birthday is coming, and we all miss you greatly and hope to see you on your birthday. It would be quite a relief for us all. We are all thinking about you and love you!”

Along with our prayers on this Easter Day, perhaps these are the words that all of us would like to say to Gao Zhisheng.

Views expressed in this article are the opinions of the author(s) and do not necessarily reflect the views of Epoch Times.

Producing Exhibits From Human Bodies: What Bo Xilai Should Be Tried for

03.04.2017 start Comments Off on Producing Exhibits From Human Bodies: What Bo Xilai Should Be Tried for